During the 3D printing, laser engraving, or CNC milling process, certain chemicals, and dangerous fumes are released, such as particulate matter or volatile organic compounds (VOCs). These fumes and particles can cause harm to the human body, and that is where the 3D printer air purifier comes in.

Three types of filters are installed in most air purifiers to trap the dangerous particles emitted during 3D printing effectively.

During 3D printing, a fine mist of ink particles known as ultrafine particles is released into the air. Due to their size, they can bypass the body’s natural defenses and enter the bloodstream causing respiratory problems, heart disease, or cancer.

The HEPA filters found in the 3D printer air purifier are designed to trap small particles as small as 0.3 microns in size, making them effective at capturing most ultrafine particles.

This is a type of air filter that uses activated charcoal to trap emitted pollutants. It can trap a range of contaminants, such as Volatile Organic Compounds (VOCs), which are released when plastics get heated during the 3D printing process. And this makes VOCs pollutants very dangerous to human health.

Although Carbon air filters are excellent at trapping VOCs and removing odors, they are not effective at trapping Ultra fine particles because the pores in activated charcoal are too big to capture such small particles.

As part of most 3D printer air purifiers, PECO filters trap booth ultrafine particles and VOCs from the air. Toxic fumes released into the air are among the dangers that come with 3D printing, but PECO filters have come to change that. PECO filters can also filter out carbon-based particulates, which most plastic molecules are made of.

The four types of filters equipped in the Snapmaker 2.0 air purifier and their functions.

The Snapmaker 2.0 air purifier is specifically designed for Snapmaker 3D printers. As established there before, during 3D printing, laser engraving, or CNC carving, certain chemicals or particles such as PM (Particulate matter) and VOCs (Volatile Organic Compounds) are released into the air depending on the type of material used.

The five layers of filters consolidated inside the Snapmaker 2.0 air purifier are;

The way the layers have been arranged inside the cartridge is to maximize its lifespan so that users don’t buy another cartridge until the one they have is fully utilized. Apart from the four filters, other aspects that make the  Snapmaker 2.0 air purifier stand out is that through the Snapmaker 2.0 printers, real-time monitoring can be carried out on the filter cartridge to show its lifespan on the touchscreen, letting the user know when to really get a new one.

Also, through a color change, flowing, breathing, and flashing, the built-in LED strip on the Snapmaker air purifier shows you how the air purifier is working. 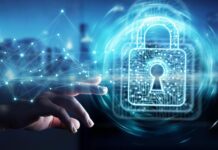 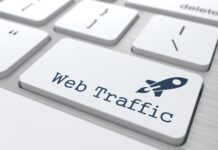 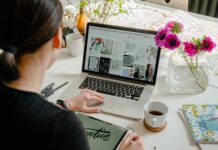 5 Letter Words That End in CH What is Wordle represent?

Can Promotional Presents And Gift-Giving Increase Your Sales, an overview 

Technoblade Net Worth 2022 Learn the Story of Your Life

Reasons That Make India A Prime Destination For Teleradiology Outsourcing