The distinctions between ” Serif ” and ” Sans Serif ” frequently come up, and while we have discussed the differences and similarities on numerous occasions, we think the time has come to delve into more detail. Can you risk it?

The “oldest modern” typefaces have been in use since antiquity and the invention of printing, and if we know anything about them, it is because they are the distinguishing features of the written and literary press. The serifs assist us in maintaining the flow of the text and, to some part, identify the line to be followed.

In case you forgot, the “serif” is the decorative scrolls or ornaments that occur in each letter of this font sale. They are distinct from one another inside the group and already have distinctive styles that set them apart. They are typically distinguished by having attractive and fashionable fonts.

I’d also like to add that I believe Microsoft hurt Times New Roman by making it the default font in Word. It was the most popular typeface for a considerable amount of time, which brought in a period of inactivity during which “a certain obsession” for this style of typeface took hold. Fortunately, we have already moved past this!

It is regarded as the most contemporary kind. Currently, when we eliminate the adornment and tend to stick only with the practical (as in flat design), it is simple to assume that it is a more modern typeface with basic edges.

It may appear that reading material in a minimalist style is easier to understand and read, but this is not always the case. It is frequently said to have a younger vibe.

Reality, myths, and legends: Is there a single, unchanging truth?

There are many things we can and should consider when making our typographical decision, but there is one thing we must remember: there is no absolute truth. This, which in some ways can reassure us, is also the cause of a vast range of options when choosing one type over another.

Although Serif fonts continue to be the most popular choice for printed formats, Sans Serif fonts are being produced that adhere to the readability rule that any text that needs to be read must follow.

Similar to how the flexibility has improved, sans serif fonts have been employed for forms whose format would be read through a screen. Previously, the screens’ quality was significantly lower, and the scrolling might have made it challenging to read them accurately, but that gap has been closed now.

For instance, we have chosen serif fonts in some of our wordpress themes like Janice, Silvio, or Christopher since they read beautifully on electronic devices. Since there is more creative freedom, we can choose from a wider variety of options while still prioritizing readability, as we mentioned in the previous section.

In essence, you determine the boundaries. Just remember that the typography serves its purpose, and if it does, then let’s play!

It’s possible that this is brought on by how old the series is. It has been possible to create the impression that “sans serif” have been consigned to writings of a casual nature, but this is not true. At the time, “sans serif” was utilized for a style of document that might be deemed “more serious.”

Contrary to popular belief, sans serif typefaces typically have a flexible character that makes them ideal for font blending. If you feel that the style you have picked is a little too casual, pair it with one that adds warmth or elegance.

Generally speaking, they go well with serifs, and these pairings are frequently ideal for imparting the character we want.

This has no foundation. The combination of everything around the font is what grabs our attention, not any one particular typeface. While it is true that “there is nothing written about tastes,” we may choose one typeface over another on occasion.

However, in general, one typeface is not superior to another. As we stated at the outset, your reader will quit regardless of the typeface you use if we check for readability and don’t find it.

Color coordination between all those who appear and the background is also crucial. It doesn’t matter what type we use if certain combinations make it impossible to read the text clearly.

As we often say, there is no absolute truth; you must instead choose the type that best matches your purposes in each instance. Neither of the two types is superior to the other.

This and the prior sentence go hand in hand. Serif typefaces are thought to be more difficult to read in very small sizes because the scrollwork can “smudge” the text or make the disparities between spaces clearer.

Due to the size of the characters, there are other parameters that must also be considered in order to ensure readability, such as the line thickness and the proportion of width to height. In any case, readability is always defended by Silo Creativo, and a size of at least 16 pixels is advised.

There is no one better than the other, which shouldn’t come as a surprise if you’ve read the text properly. In reality, the optimum outcome is frequently a successful fusion of the two.

We will have to determine which one works best for the project at hand, but my suggestion is that (like with practically everything in life), we shouldn’t start off with prejudice. Let’s make a decision objectively rather than getting swayed by a “legend,” unless there is a crucial factor that dictates the employment of one over the other. 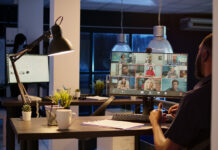 Tips for choosing the best virtual office in Budapest 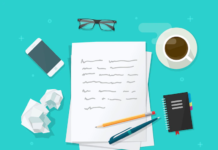 4 Tips To Write The Best Essay For College Students

How to clean white sneakers so they look like new

Why Should You Get an Installment Loan from PaydayNow?

How to Watch Your Favorite Sports for Free?