The subject of women has always been intriguing for artists of all generations. They loved to bring the feminine energy on canvas and brought to life masterpieces that recreated the definition of beauty.

Famous paintings of women became a highly influential point of representing culture, heritage, and the standard of living. Not just for admiring the attractive traits of a woman, but so many artists focus on empowering women with their paintings.

Women’s paintings also carried a motif of changing society in different contexts and polarizing subjects. Hence, in the article below, you can find some of the most iconic paintings of women that raised the standards of excellence in the art world.

Talking about famous paintings of women and not considering Mona Lisa would be an injustice. This painting by Leonardo da Vinci is a centuries-old masterpiece that turned the world upside down. It is one of the most controversial paintings ever made.

The portrait depicts a woman, Lisa Gherardini, who wedded Francesco del Giocondo. It is no surprise that Leonardo da Vinci was a man of multiple talents and mastered not just art but mathematics, science, literature, and whatnot.

Mona Lisa is painted in classical Renaissance style, with great insights and techniques which are hard to understand in the first go. As a result, there is much less spoken than observed about the Mona Lisa. Maybe that is why it is one of the most expensive paintings in the world.

Birth of Venus by Sandro Botticelli

In his depiction, Sandro Botticelli shows the birth of the Greek goddess, Venus, emerging from the sea as an adult woman. She is seen as an epitome of both, an earthly creature symbolizing love and a heavenly goddess who inspired intellectual love.

The winged god of love, Zephyr, can be seen on her left. He is trying to help the goddess with a shell vessel to the shore. On her right can be seen Hora of Spring. She is one of the three minor goddesses.

Birth of Venus is one of the very old paintings of women yet so prolific that it marks a characteristic artwork of the artist. It is a huge painting made in 1445 and is currently kept at the Uffizi Gallery in Florence, Italy.

Olympia depicts a naked woman reclining on a bed where her servant is seen bringing her a bouquet. Victoria Meurent is the model for this exclusive work of art from Edward Manet.

It’s the lady’s defiant outrage that leaves the viewers spellbound. One another defining feature of the paintings is the artist’s ability to paint everything with attention to detail. Even the minutest of objects and elements are gracefully visible.

The details include a charming bracelet, earrings, and orchards in her hair. From the portrayal, it can be concluded that the symbols personify the richness of the lady. Thus, the painting was made in a wealthy background with an overtly sensuous theme.

The Cup of Tea by Mary Cassatt

A woman artist who bought a wave of women empowerment and changed the dynamics of how women should live their lifestyles. She was no other than Mary Cassatt. The American artist who painted scenes of motherhood or women-centric paintings primarily collected a lot of fame.

The Cup of Tea is just another feather of excellence in her hat, full of exceptionally amazing paintings. It is a painting that depicts the everyday life of a wealthy woman.

It is a highly vibrant painting; she used bright colors, high-keyed palettes, and different elements of Impressionism to intensify her approach to art. Currently, the painting can be seen in the Metropolitan Museum of Art.

The Portrait of Madame X by John Singer Sargent

At the time of its launch, the painting received much more hype than expected. People thought the model in the painting was sexually provocative with her standing pose.

Critics remarked that Sargent purposely made the model pose to enhance the curves and boldness of the woman. The model wears a black dress made of satin. It is seen that she is both hiding and revealing the form simultaneously in this woman’s painting.

Madame X’s portrait was displayed in the Paris Salon in 1884. The oil on canvas is presently housed at the Metropolitan Museum of Arts, Manhattan.

Girl With a Pearl Earring by Johannes Vermeer

One of the iconic paintings of women is the Girl With a Pearl Earring by Johannes Vermeer. Painted in 1665, it is an oil on canvas measuring 44.5 cm by 39 cm. It is presently housed at Mauritshuis Museum, The Hague.

It is an exquisite and notable work of the artist. Apart from it, this woman portrait is one of the many famous portraits of women in entire art history. The painting has also been improvised a couple of times.

Girl With a Pearl Earring was once popularly called the Mona Lisa of Holland. The gaze and the beauty of the women depicted in the painting are beyond beautiful. It seems as if the woman is looking back at you, and that too from every angle.

Nothing is complete without women’s presence; neither is our art history. With prolific woman paintings that embrace womanhood, motherhood, feminism, women empowerment, and many more, famous paintings of women continue to shine more than ever. If you ever wish to purchase one, order online and sit back till you receive your canvas of the lady at home. 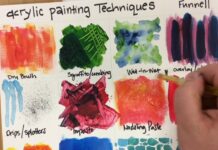 How to use Acrylic Color 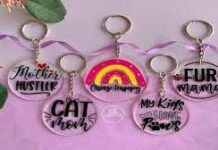 The Best Reasons to Get Acrylic Keychains and Why They Matter

Sewer Wordle  What Are the Steps to Play Wordle