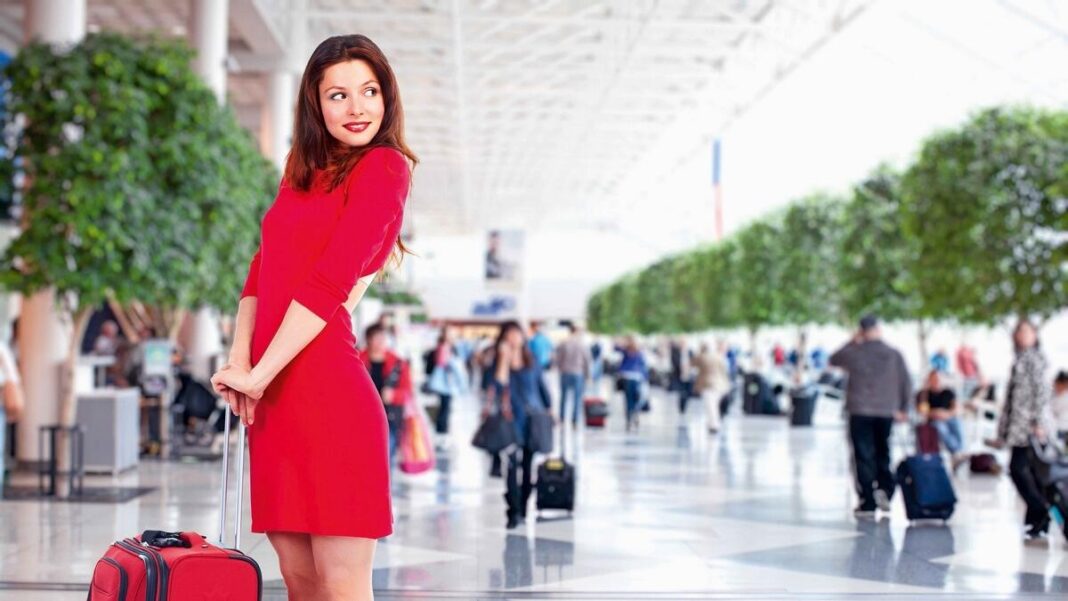 Airports are like those magical gateways between dimensions that transport passengers from one land to another and that too within just a few hours. Stepping into the airport can give a kaleidoscopic view of life as different kinds of people illustrate different emotions and vibes. Either someone is bidding farewell to their loved ones or someone is eagerly awaiting the arrival of the flight of their beloved. A few decades back boarding a flight was considered to be quite a glamorous way of travelling which could not be afforded by people all the time, and this mode of travelling was somewhat restricted to celebs, business personnel, and the affluent ones. However, in recent years travelling by air has become more of a necessity to manage time crunch. People are either travelling by flight to attend a conference that is a completely professional purpose or setting off on their most anticipated and rejuvenating vacation. Regardless of the nature of the trip and the destination, one thing cannot be denied, preparing comfortable airport outfits is a crucial part of travelling for many.

The whole idea of meticulously planning airport fashion is not a new concept; in fact, it has always been there even in the 40s and 50s. Back then, celebs like Marilyn Monroe, Audrey Hepburn, and Judy Garland used to make style statements and set new trends in fashion, whenever they stepped out of the airport. With multiple shutterbugs clicking away the pictures of their favourite celebs, every single outfit that they used to wear became a style statement. Marilyn Monroe, who is considered to be the quintessence of glamour in the Hollywood industry and perchance across the globe popularised a body-hugging LBD, leather gloves, pump shoes, and a gorgeous fur coat. The First Lady Jacqueline Kennedy stepped out of the flight in a leopard print coat, complemented by her hat and signature gloves which also became a trendsetter. To be more specific the idea of airport looks for women was synonymized with celebrity outfits back in those days. However, today major evolution has taken place when style statements and immaculate planning of airport looks for women have been replaced by uncomplicated, comfortable, and simple outfits.

Previously classic jackets, iconic bags, fur coats, vibrant prints, elegant sundresses, and different kinds of fineries were associated with airport looks for women. As far as the predominant notion of the ’50s and ‘60s went, it was believed that stepping out of a flight in your best outfit specifically designed for the air trip is something that needs flawless planning beforehand. It should also be attractive enough, to create the perfect impression on people who will look at you at the airport as well as the photographers who are launched into a state of frenzy, the moment they see their favourite celebs stepping out in a highly dapper outfit. However, a few decades down the line, the airport style has become more focused on comfort and less on making style statements.

Gone are the days of flared pants paired with leather boots and corporate jackets or coats! People nowadays prefer wearing something as comfy as leggings, shorts with a hoodie thrown in, or an oversized jacket along with some neon-coloured sneakers, whenever they are about to take a trip via air. The singing sensation Rihanna made her style statement with straightforward tote bags from Dior, sweatpants, and super stylish Puma shades on her way to the airport. Kendall Jenner recently took the idea of simple airport looks a few notches higher with her sheer leggings and snakeskin boots. It means that the primary focus is not on appearing drop-dead gorgeous at the airport but on wearing something breathable which is both chic and tasteful at the same time. This sudden likeability towards simple airport looks for women can be attributed to the increasing preference for comfortable dressing than decking up for the smallest of occasions.

Back in the retro era, when some major ideas of fashion were collected from the airport looks, people used to be extremely choosy about everything they were going to wear starting from the shades of their dresses to the shoes they were going to model. However, as time passed, experimental simplicity took over the intentional and distinctive airport looks for women. From the way the airport was treated as a runway to flaunt the next best fashion icon and the unparalleled beauty of a designer outfit endorsed by a celebrity or a socialite, the concept of the airport look has transformed a lot. Now it is more about the sense of freedom and effortless attractiveness that dominates the idea of airport looks for women. Fussing over the colour of outfits or expressing frustration over an ill-fitted jacket are emotions from the bygone era. Currently, the most stylish celebs are also promoting contemporary fashion at the airport, which is bold and relaxed at the same time and gives a sense of liberation from the age-old anxiety over wearing the right outfit to the airport.

To cut the long story short, wearing elaborate outfits or dolling up from head to toe in the most expensive designer suit is just a pass now. The way the concept of airport looks for women has transitioned in the last few decades has confirmed time and again that one doesn’t have to be covered in dense makeup or ornate clothing to be fashionable and that too for a busy spot like that of an airport. So, the next time there is a flight trip on the card, avoid anything that can make you feel uncomfortable for the journey ahead, in lieu, throw on something easy, made of breathable material, and comfortable to you while managing to pull off an effortlessly stylish airport look to slay everyone with panache!

How To Find Perfect Roofing Contractor?

How to Distinguish Between How can you tell Seeds’ quality: