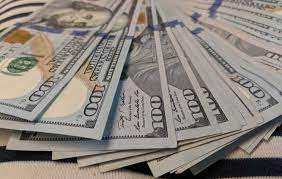 While some exemptions exist, California’s statute of limitations on debt generally only extends four years. So the answer to the question, “How long can debt be collected in California?”, is dependent on the type of debt you owe.

Under California law, most forms of consumer debt fall under a 4-year statute of limitations. This means things like medical debt, credit card debt, and auto loan debt are all uncollectible if both the debtor and the lender have not taken any action in relation to the debt. So if you haven’t made any payments and the lender hasn’t attempted to sue you, the lender will have lost the ability to do so after 4 years. One exception to this rule comes in the form of oral contracts, which have a 2-year statute of limitations rather than 4.

Unlike consumer debt, debts to the state, like taxes, have a far longer timeline for their collection. Debts owed to the state of California fall under a 20-year statute of limitations. And not only does the state have more time to collect on that debt, but they also have more tools at its disposal to collect. The state of California can garnish your wages, your bank accounts, and even escrow payments.

Even worse, they could potentially put a lien on your property, and this doesn’t just apply to the property you already own either. They could continue to apply liens on any property you plan to acquire in the future. So, if you’re thinking about not paying your taxes, maybe think again.

What Do I Do if I Receive a Notice From a Debt Collector?

If you live in California, and a debt collector attempts to contact you, it’s important to respond as quickly as you can. You should also go over the debts they claim you owe, as even if they’re not yours, the debt collector will still be able to try to collect and report to credit bureaus. And if you receive any kind of notice to appear in court, absolutely do not ignore it.

If you fail to show up to court, even if you don’t actually owe the debt, a default judgment will be applied against you. This will result in both legal liability for any and all debt claimed against you, and give the collector access to state tools to garnish your wages. If you do owe the debt, this might also be a good time to contact the best debt relief service like Freedom Debt Relief, to help you through the next phase of the process.

What Should I Do If a Collector Contacts Me About an Out of Statute Debt?

If you’re contacted by someone trying to collect on a debt that’s out of statute, you’ll want to do a few things. Firstly, make sure the debt is actually out of the statute. This is referred to as a “Time-Barred Debt”, and is legally unenforceable. If it is in fact a time-barred debt, you’ll have two options. Option one is to pay nothing. In this case, you’ll be free of the debt, but your credit report won’t be until after 7 years. Option two is to negotiate a settlement.

As the company trying to collect has no legal tools at its disposal, it’ll be far more likely to settle for a smaller sum than what was initially owed. If you do go down this route, get it all in writing. If you pay any amount on the debt without clear stipulations written out that the debt will be closed after a single payment, it can look like a partial payment. A partial payment can revive the debt and start the 4-year clock over again. And if you were wondering, “How long can debt be collected in California?”, well now you know!

5 Steps to Enhance CDD checks For the Banking Sector

What Can A Professional Process Server Do To Serve Papers?