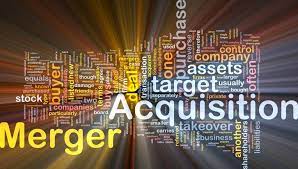 Acquisitions in the online gaming industry, especially in iGaming, are common. Companies join forces to become bigger, so they can penetrate bigger markets.

These acquisitions are happening worldwide. As they do, there is a danger of monopoly happening. It is possible that some consumers would be unhappy with the service. Some of these mergers are even going through investigation.

Given all these outlooks and circumstances, let us look at the most recent mergers and acquisitions in the iGaming sector.

DraftKings is in the process of buying Golden Nugget Online to the tune of $1.56 billion. As a result, the shareholders of Golden Nugget will get 0.356 of the shares of DraftKings.

This deal will bring five million Golden Nugget customers to DraftKings’ world, which would boost its profits, which has been lagging lately. DraftKings specializes in sports betting, while the Golden Nugget has a lineup of casino games in its portfolio.

With the release of this news, the stock of Golden Nuggets rose by nearly 48%, and the stock of DraftKings remained relatively in the same price range.

The CEO of Golden Nugget, Tilman Fertitta, owns 47% of the business. He said that he would continue to hold on to his stock for at least one year after the deal had been sealed. Fertitta is also expected to join the board of DraftKings.

The move is timely and a good one. With five million customers going to DraftKings, they will benefit from the gaming industry that Golden Nugget supports. According to Tilman, the value of iGaming customers is seven times more than those that bet on sports.

Essentially, what DraftKings is doing here is expanding its portfolio. From sports betting, they are moving into penetrating the iGaming forefront, too, which means they have plans to enter the online casino market like online casino Canada big time.

Prior to the Golden Nugget purchase, DraftKings made a heavy investment in SBTech in 2019. The former purchased the latter for $3.3 billion.

SBTech is a sportsbook platform. The purchase, however, was a three-party deal. After DraftKings purchased SBTech, both companies will join Diamond Eagle Acquisition Corp. This company’s purpose is to acquire businesses. After the acquisition, DraftKings was expected to go public.

This purchase, however, was not smooth. DraftKings was put under federal investigation after its acquisition of SBTech.

There were class actions filed against DraftKings, and the violations, allegedly, have something to do with short selling. However, spokespeople of DraftKings stated that they plan to defend themselves against these claims.

DraftKings received a subpoena from the Securities and Exchange Commission. It requested some documents. Based on the allegation, DraftKings and its purchase of SBTeach bring exposure to many law violations, including money laundering, black-market gaming, and even organized crime.

Penn National Gaming bought out Score Media or The Score for $2.0 billion in combined cash and stock. This purchase strengthens the strategy of Penn as it tries to create a one-stop destination for online entertainment.

The Score is the third most popular app for sports in North America, and it has the first spot in Canada. It does have a betting platform, and its cutting-edge technology will add strength to the core offerings of Penn National.

The CEO of The Score, John Levy, said that it is an exciting time to join the group of Penn National. The two teams will collaborate to produce better and more exciting opportunities.

The long-term plan is to make the platform available on mobile, plus give users and gamers options in the casino, sports betting and also sports media.

After the acquisition has been closed, the purchaser, Penn, will have obtained an order from Canada to comply with its legal expectations.

The Score is a popular and useful platform because it provides sports fans live data on spots activities. Users can see news, live scores, and stats. They also offer betting information, making the experience holistic.

Bally formed a special committee that will evaluate Standard General’s offer, which they should accept. Standard General is a hedge fund that has the most shares in Bally.

The controller of Standard General is Soo Kim, who is also a member of Bally’s board. Recently, Soo Kim’s group offered Bally $38 per share or just a little over $2 billion.

Bally’s stock went through a rally after the announcement. Despite this, the stock price did not reach Standard General’s $38 per share offer. Analysts are saying that the offer of $38 per share is merely a starting point, not a final one.

Bally’s has 14 casinos in the United States. It also owns a vast majority of the real estate where the casinos stand. As such, these hard assets are likely to bring in more buyers at a better price.

Apart from these assets, Bally’s also owns shares in digital gaming, sports betting, and fantasy sports. They also have assets in technology that buyers are likely to put a premium on. All these assets will bolster the value of Bally’s in this acquisition.