PEDs and Anabolic steroids are synthetic compounds to stimulate muscle growth, performance and endurance. However, its artificial nature significantly alters a number of natural processes of your body.

A steroid cycle, whether it’s muscle building steroid or fat burning steroid,  exposes your system to these anabolic substances for prolonged periods, demanding a recovery period for your body to rejuvenate and normalize following each cycle.

Post Cycle Therapy or PCT is the process of normalizing your body’s hormonal levels following a steroid cycle. During a PCT, your body is allowed to normalize the testosterone production and ultimately get it back to its normal healthy running state.

Even though PCT is not necessary during an off-cycle period, it can significantly boost recovery and reduce steroids’ long-term risks.

The Need for Post-Cycle Recovery

During the on-cycle period, your muscles are fueled with more testosterone than your body can produce. It can have several long-term and irreversible effects on your body if sufficient recovery isn’t practiced. A PCT ensures effective and safe recovery for your body after a steroid cycle.

The fundamental objective of PCT is to get your natural testosterone production back to normal. Testosterone is the key hormone of your body responsible for muscle building, sexual health and maintaining male characteristics.

Your brain signals your testes to slow down or halt testosterone production as you feed your body synthetic derivatives of the same hormone. A PCT gets the natural testosterone back to normal.

Your muscles also get used to the enhancements you fuel during a cycle. When you suddenly stop the testosterone supply, your muscles can start to deteriorate rapidly. You can lose all your progress if your off-cycle recovery isn’t carried out correctly. A PCT can help preserve the muscle of the cycle and keep their strength and size up.

Steroids have several side effects on your body. These are usually due to their androgenic nature. Hair loss, acne, increased blood pressure etc., can be due to testosterone imbalances or the direct effect of steroids on the natural working of your body. A PCT can significantly minimize the negatives of your cycle.

Testosterone plays a major role in keeping your reproductive organs in check. Healthy testosterone levels regulate fertility, libido and semen production. An increase followed by a rapid decrease in testosterone can significantly imbalance your hormone levels and sexual performance.

How to Decide on a PCT Plan

Your PCT can vary slightly depending upon the steroid you were on and its dosage. The side effects are more severe if you use a strong steroid such as trenbolone, and the PCT compound and the duration should suffice.

Nolvadex is a popular PCT SERM used to combat the estrogenic side effects following a steroid cycle. It comes from the Anti Estrogen Aromatase Inhibitor class, which implies its tendency to keep estrogen out of the system. It is used as a PCT to avoid conditions such as gyno after a stacked milder cycle.

Clomiphene citrate, commonly known as Clomid, is a SERM taken during PCT. Initially developed as a fertility drug for women, it quickly found its way into bodybuilding thanks to its ability to boost testosterone levels and maximize muscle retention. It does so via increasing LSH and FSH hormones in the body. It is usually taken in 4-week cycles.

Human Chorionic Gonadotropin or HCT is an injectable PCT used to normalize the testicular size and retain fertility. It is a hormone that further invokes testosterone production in the testes. It does increase estrogen levels somewhat; therefore, is taken with SERMS. It is an ideal pick following a prolonged and strong steroid cycle. You can get it, and a lot of other steroids, in high-quality and at economical rates from TeamRoids. It offers real products and there’s a discreet delivery option as well.

To ensure the health of your body following the first cycle of steroids, you need to implement effective PCT. PCT helps to preserve freshly built muscle, maintain your sexual health and fertility, regulate hormone levels and much more. The dosage and the compound used for PCT during off cycle period varies based on the steroid you chose, its cycle and dosage. SERMS such as Clomid and Nolvadex reduce estrogenic side effects and rejuvenate testosterone production. HCG is also used for advanced users, often time with other SERMS. 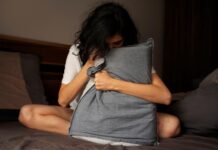 Buy Clonazepam 2 mg Online in the UK: Your Trusted Source for Anti-Anxiety Tablets 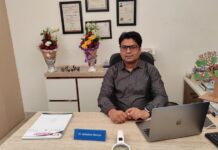 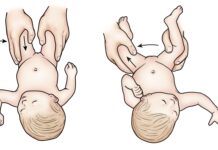