The Ritz gardens are buzzing that evening. Fashion Week is in full swing and yet she is a jewelery designer who loves all eyes. It must be said that Valérie Messika spontaneously attracts light. The secret of his charisma may lie in his ability to break the codes of the precious with a smile, in his cheerfulness never failing, in his scrupulous attention to detail and to each one. The success of his house, founded in 2005 in Paris and which bears his name, is the most eloquent of CVs. For almost two decades, the planet has been tearing up its fluid and sensual jewels where diamonds are showcased with inventiveness.

The intimate knowledge of diamonds is a family affair: André Messika, his father, is the undisputed authority in the profession around the globe. But Valérie owes only to her the solar chic of her universe, so pleasantly materialized by its welcoming boutiques, by its collections which cleverly combine sparkle and casualness. This universe is that of a woman of her time, who loves fashion and trends, who spontaneously vibrates for her favorites and her icons.

And the supreme icon of Valérie Messika, it is Kate Moss who agreed to lend not only her image, but also her signature for the development of a collection designed with four hands and whose first chapter was presented at the last year at the same time. The second opus, unveiled at the beginning of October in the Parisian palace, revolves around 36 unique pieces for which the designer and the top have played the card of adrenaline and energy by organizing a real parade.

Worn by Taylor Hill, Cindy Bruna, Isabeli Fontana, Edita Vilkevičiūtė or Soo Joo, these pieces of bravery are numerous and are expressed first of all through the myriad of head jewels which, majestic or minimalist, halfway between the Belle Époque headband and the Indian Maang Tikka, often adorned with a gourmet pear-cut mobile diamond (one of which is 17 carats) when they do not bloom in tassels adorned with hard stones (malachite, turquoise, mother-of-pearl, onyx ), seem to say to the assembly: “Dare! Shine! And above all, have fun! This newfound radiance is brought to its height by an anthology of earcuffs which deploy their generous volumes along the ear, attesting in passing the solid know-how in terms of ergonomics, brought together in the heart of the Parisian workshop of the House.

Because there is no mistaking it: the lightness of these ornaments loaded with allure (a great favorite for the Art Deco necklaces or ties that seem chiseled in the liquid light of the rivers) are exceptional pieces for which A solid knowledge of centuries-old professions is combined with incomparable style expertise. All provided by a visionary determined to free fine jewelry from the somewhat museum-like shackles in which it is too often locked up, to take it into the field of joy and freshness. 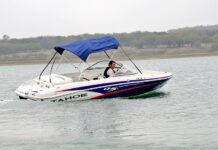 Is Gotosellers Scam Features in this store