Howard University Bison
Saturday, February 4, 2023
Home News Why You Should Care About Ukraine, Especially as a Student 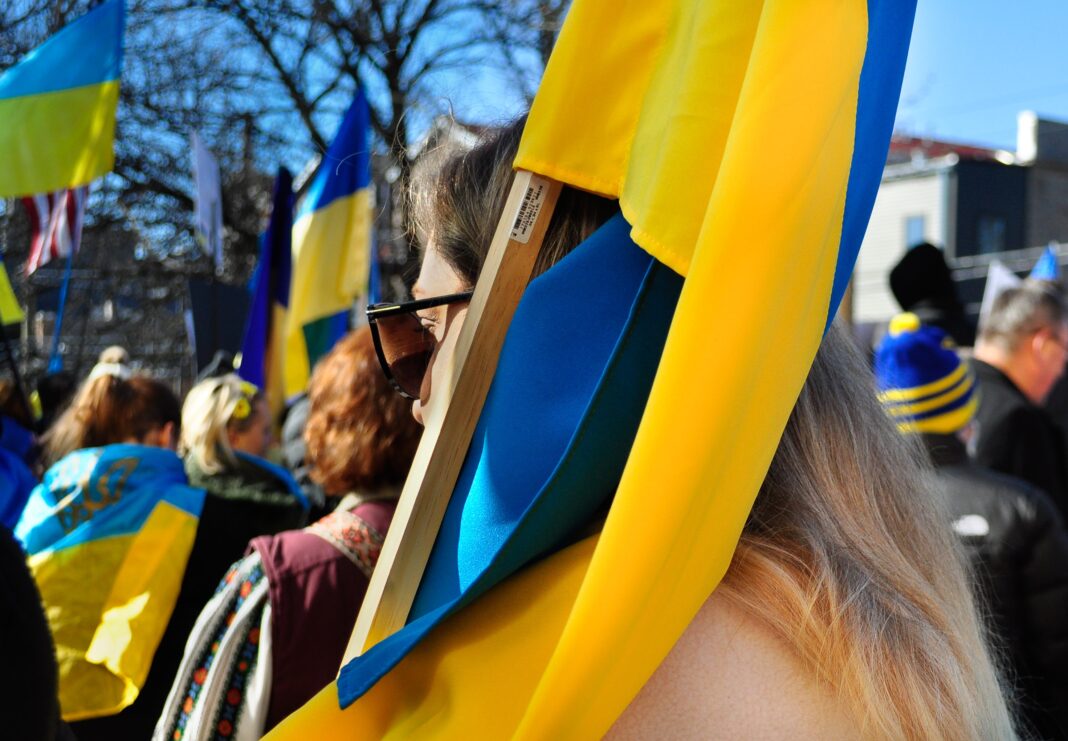 No matter how horrific or shocking it was to see the invasion of Ukraine unfold in February, now, you have to wonder. Why should you care about a war happening in a country more than 5,000 miles away from where you live? It’s just another long war on the other side of the world.

After all, if you’re a student, you have your fair share of everyday worries. Maybe, you need to read The Catcher in the Rye and write an essay. Or, perhaps, an exam is looming over the horizon, so you spend your days preparing for it. You just don’t have the time or energy to care about global issues like that.

This is understandable. You might be tired of the (fairly depressing) news about Ukraine. You might have plenty of other concerns in life. But still, let’s make the case why you should keep caring about what’s going on in this Eastern European country – and yes, especially if you’re a student.

No matter how submerged you were by your homework, you must’ve noticed that your life has become significantly more expensive since February 2022. It probably costs you more to:

The annual inflation rate hovers over 8 percent ever since the invasion started, and it shows no signs of slowing down. There are several reasons behind it: sanctions on Russia, disruptions in exports from Ukraine, and broken supply chains all over the world. But all of them have one root cause – Russia’s invasion of Ukraine.

How the war continues to impact your everyday life will depend on how the situation evolves. Will there be more, tougher sanctions? Will crops from Ukraine find its way out of the ports currently blocked by Russian troops? All of that hinges on the successes or failures of the Ukrainian army.

Here’s an uncomfortable truth. While you’re going through the common app essay prompts and thinking about your next assignment, life goes on.

Ukrainians continue to suffer. Bombs continue to shell cities. People are still displaced; civilians still die. None of that has stopped.

This war still affects real people, whether they found refuge abroad or stayed in Ukraine. But as the attention towards their suffering starts to dwindle, the support from ordinary people starts to do the same, too. And that’s dangerous.

The reality is that charities and nonprofits still need donations from compassionate people. Some of them continue to work right there in the field; the Red Cross and Doctors Without Borders are good examples here. Others help Ukrainian refugees in Europe and the U.S.

You’re quite literally living through history, even though you might not like it. The invasion of Ukraine has already had a ripple effect on a global scale, and it can still spark World War Three. So, rest assured: you will be talking about Ukraine in class at one point or another.

Do you study economics? The current crisis is a great example of the dangers of a globalized, interconnected economy. Have an international relations class this semester? You’ll be discussing whether the world has entered a new Cold War.

The same goes for any history, political science, sociology, psychology, and even environmental studies classes. And future cybersecurity specialists can learn about Russia’s attacks on Ukraine’s critical infrastructure that preceded the actual invasion!

Thanks to the Uniting for Ukraine program, U.S. citizens can sponsor refugees to help them find asylum in the United States. 27,000 Ukrainians have already been matched with sponsors; another 22,000 have been admitted to the program.

That’s not to mention that universities and colleges have launched special programs for displaced Ukrainians to start or continue their studies in the United States. So, next year, you might have Ukrainians right on your campus – and in one of your classes, too.

When that happens, it’s crucial to be kind and thoughtful to help them feel welcome. In other words, showing that you don’t care about what’s been happening in their home country, even in the tiniest of ways, is, perhaps, the most hurtful thing you can do to them.

Whether you like it or not, the war in Ukraine has already led to long-term global implications. In other words, even if the war ends tomorrow, you may have to live through its consequences for years to come. But the scope of those consequences still depends on what happens next.

So, it’s always a good idea to keep an eye on the events in Ukraine. That said, the human mind isn’t wired to take in the news about war and suffering day after day for months on end. So, don’t blame yourself for wanting to tune them out every once in a while. You’re only human.

Still, you can unplug from the news for several days and still care about what happens in Ukraine. You can donate to a charity, raise funds, or help refugees arriving in your community. No matter how little, every bit of help counts.

How Do They Hurricanes Name? :- Summarising

9 Simple Methods To Make Money At An Online Casino